Volition and Belief in Perception


This is a picture of a white sphere in a black void.  The void is a particularly empty volume of space in which no stars are visible behind the sphere.  The following description illustrates that there is at least one feature of perception that operates independently of the five famous senses:

The picture does not change, but the perception may continually change if the viewer wills the action to be there or believes that it must be there.  Of course, very few of us were brought up to believe that white things in the sky might behave this way, but we still need to be careful.  Perceptions are partly the result of something we do and are prepared to do.  They are not merely the direct result of the things that we observe.

Truth is more powerful than discouragement. When the truth is widely known, the impossible becomes possible.

Please don't merely wait for the afterlife. Your good deeds are of the essence.

If you're hurting people for a higher good, you're looking at things upside down.

Perfect behavior is not hard to figure out. Your feelings will follow your behavior.

The sport of boxing isn't good for your feelings.

Every living person was born into your family and needs your love.

Learning how to suspend negative feelings while applying rationality during bad moments can prevent enmity and save lives.

Displacing congratulations with envy is a failing.

If armed forces restrained aggressors by non-lethal means, they would be widely revered for their service to humanity.

Killing an incarcerated person is murder.

If charities and businesses became less hierarchical and more democratic, the mind of the worker would become healthier and more productive.

If automation directly benefited workers, opposition to productivity would vanish and prosperity would increase exponentially.

Caring about the well being and happiness of every person brings peace.

If you remedy oppression by nonviolent means, you will maximize liberty while minimizing injury and death.

Billions of parents sustain war by teaching their children to hate others.

If you always tell the truth, your word will be trusted. 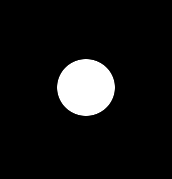